Congratulations to Leigh netball team for getting through the level 2 and into the Level 3 Your School Games, Summer '2018.

It was a tough competition playing against all other Birmingham schools but we never gave up and kept in line with the spirit of the school games...

A fantastic experience had by all!!!

Well Done to Adil in year 5 for being awarded for the 'Most Improved Player'.

A great start to the league!!!

Top of the league still !!!

Undefeated through the whole league, led to our High 5 stars coming FIRST PLACE! Well done, you have done Leigh proud.

Excellent news for our year 5 and 6 mixed netball team, they have won their level 2 inter school competition for 2015-2016 and are through to the level 3 competition in July 2016.

Netball is an Outwitting Opponent activity.  It is a game played in which goals are scored by shooting a ball in to the net.  there are many rules and this is a true team sport which involves running, jumping throwing and catching.

When is Netball club?

Netball after school club will restart in January '2016.

In July '2015, our netball high 5 team qualified for the Birmingham School Games Finals.  We competed against many other schools across the city and this was a tough competition but never the less our mixed team worked really hard and made it through to the quarter finals.  This is where our journey ended but never the less we showed great sportsmanship throughout the competition. 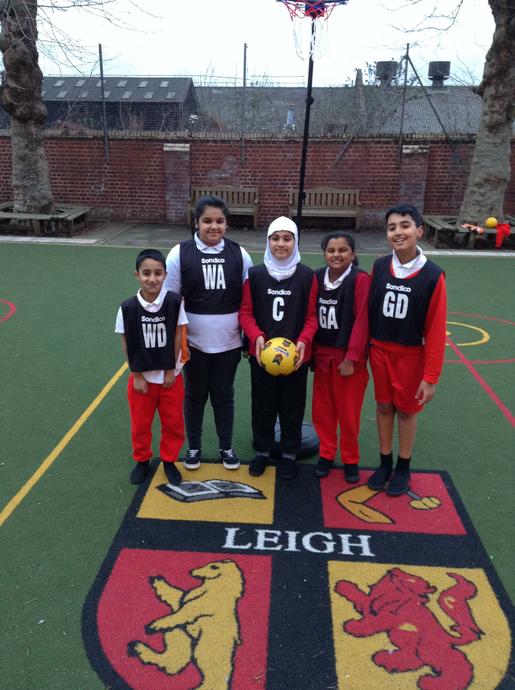