Welcome to class 6P!! Here you can find out about all of the interesting and exciting things that we have been doing in school!

They're a lovely bunch!! 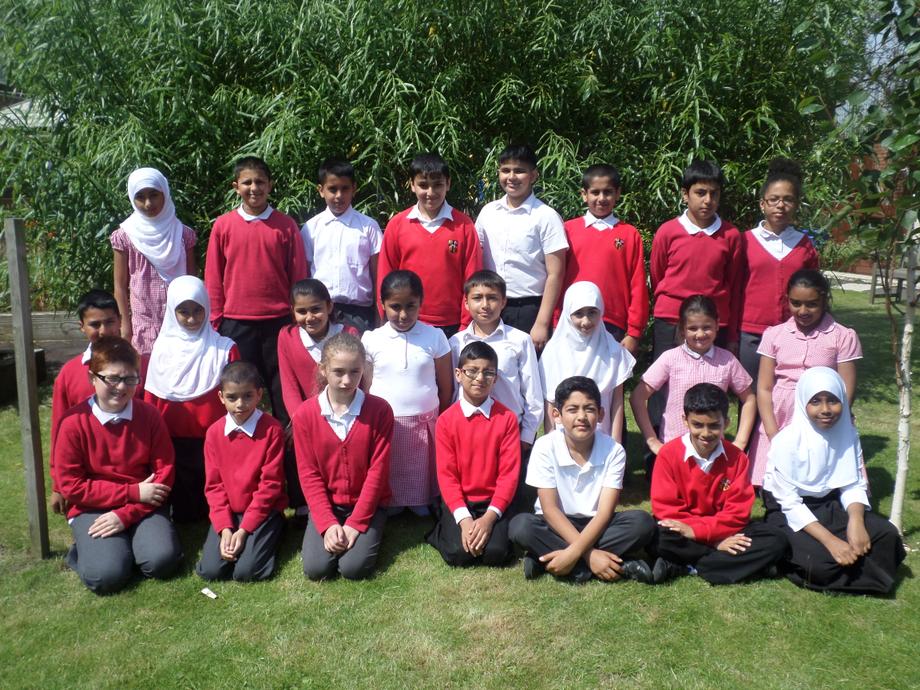 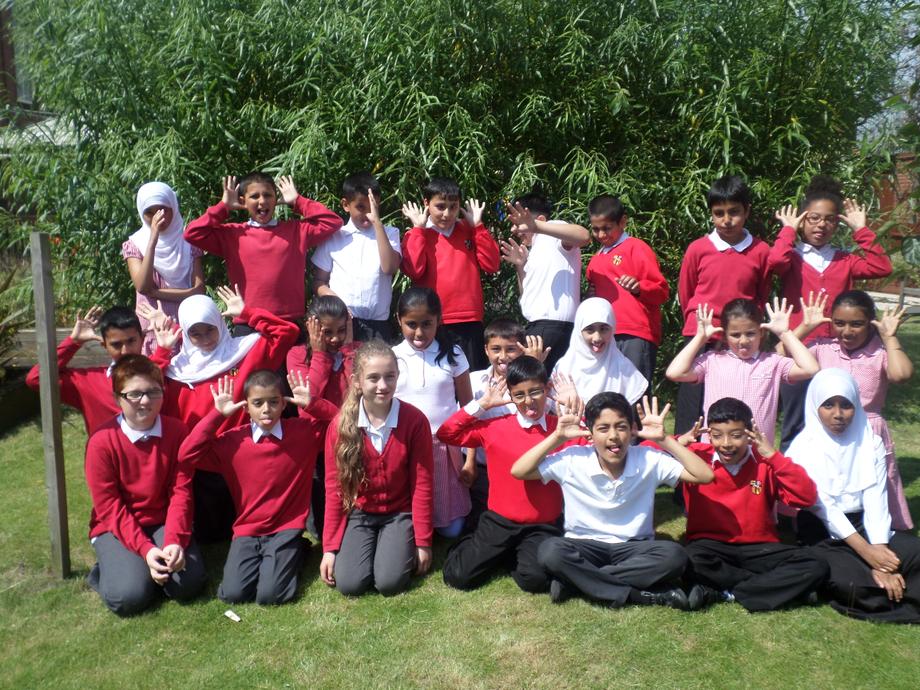 In assembly today, the children chosen from year 6 were handed their badges by Mrs Davies and Mrs Yasmeen. As well as receiving their badges in front of the whole school, their parents were also in attendance too! 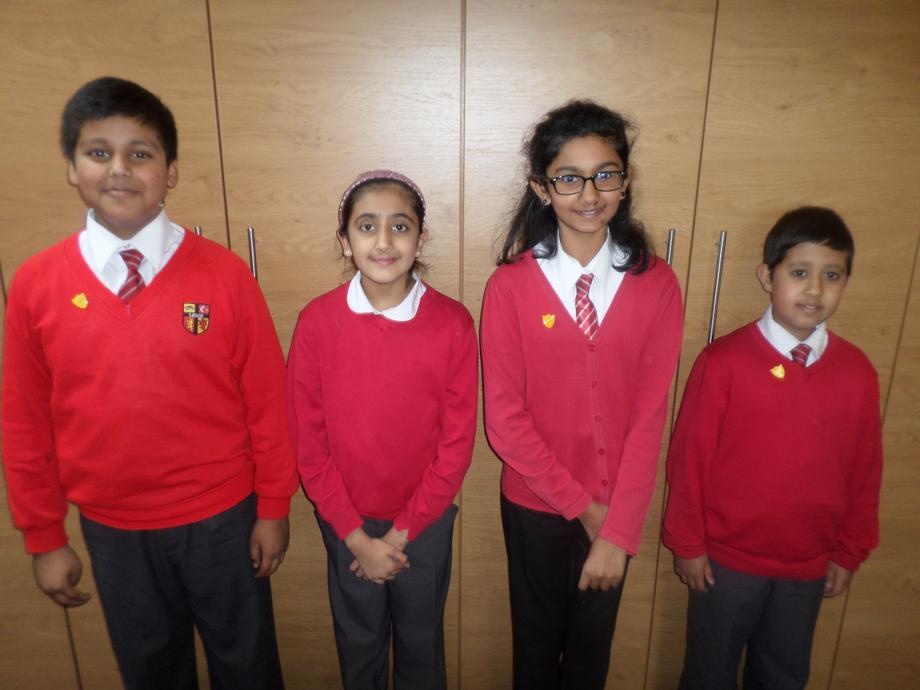 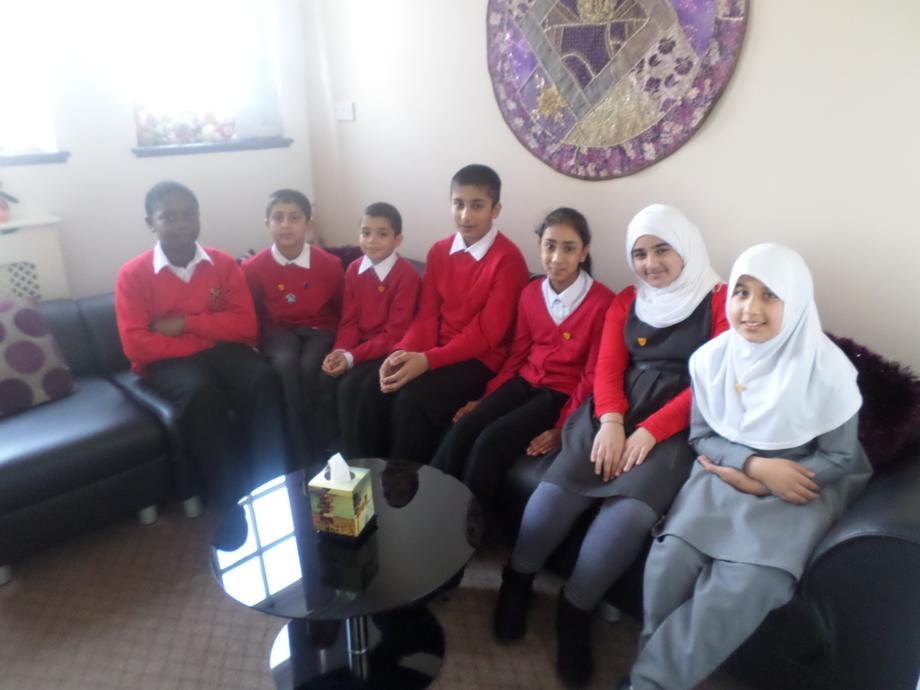 To link to their World War II topic in History, year 6 were taken to Weston Park in Staffordshire. Over the course of the day, they were able to see  real life gas masks and clothes worn from the period, as well as having an opportunity to create their own gas masks. The children took part in pretend air raid, while they even got to sit in a real life Anderson shelter! All of this while being treated like real life evacuees, complete with tags, ID cards and gas masks!

The children who wished to be considered for the role of school councillor or green team representative had to write short manifesto on what they would do in their role. After writing them out, the children then had to read them to the class, who voted on who they thought should represent them. In the end, Bilal was voted school councillor and Faduma our green team representative. 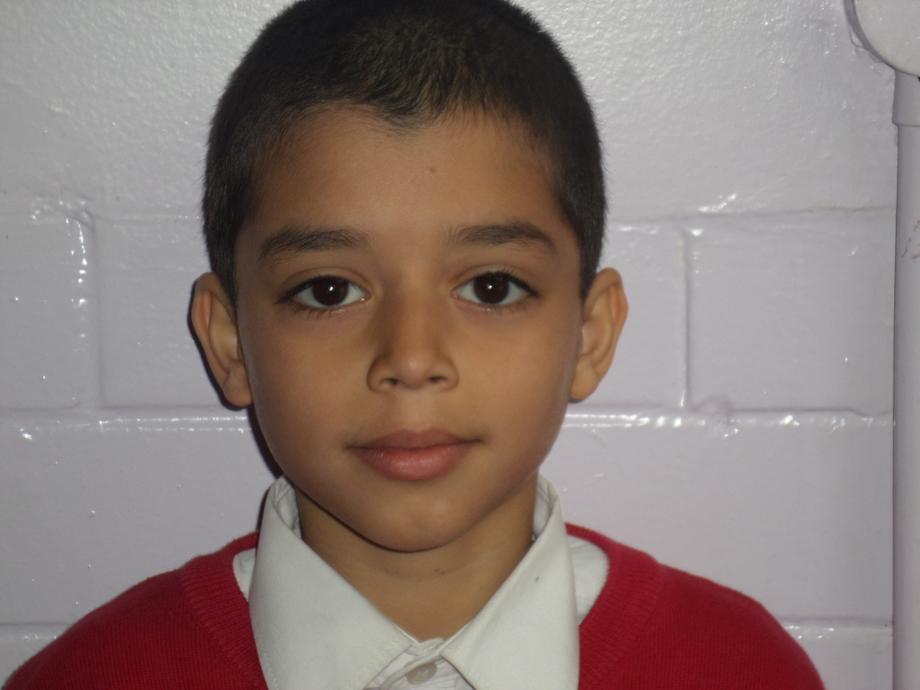 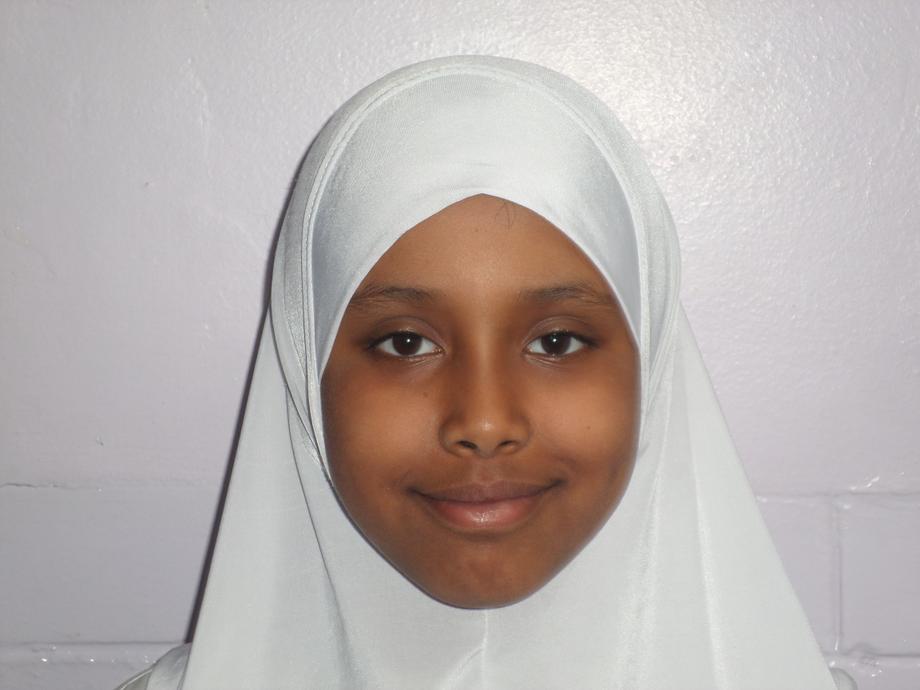 After rehearsing all week, 6P performed their class assembly on September 19th. They adapted Roald Dahl's famous story 'FantasticMr Fox'to produce an entertaining assembly...although most of the story followed the original, a few extras were added for more entertainment! All the children performed really well and with confidence, making their teachers and their parents very proud of them!

To celebrate Eid, the childern had a party afternoon in school. They came in their finest party clothes, enjoyed a lovely Eid meal at lunchtime before playing a few party games. The afternoon was finished off with a bit of a boogy in the Junior hall!

To raise money for our chosen charity, Scope, year 6 held a fundraising afternoon. They were allowed to come to school dressed in their own clothes (some came in pyjamas!) and bring a teddy if they wanted. They could also pay to watch a movie in class during the afternoon too! 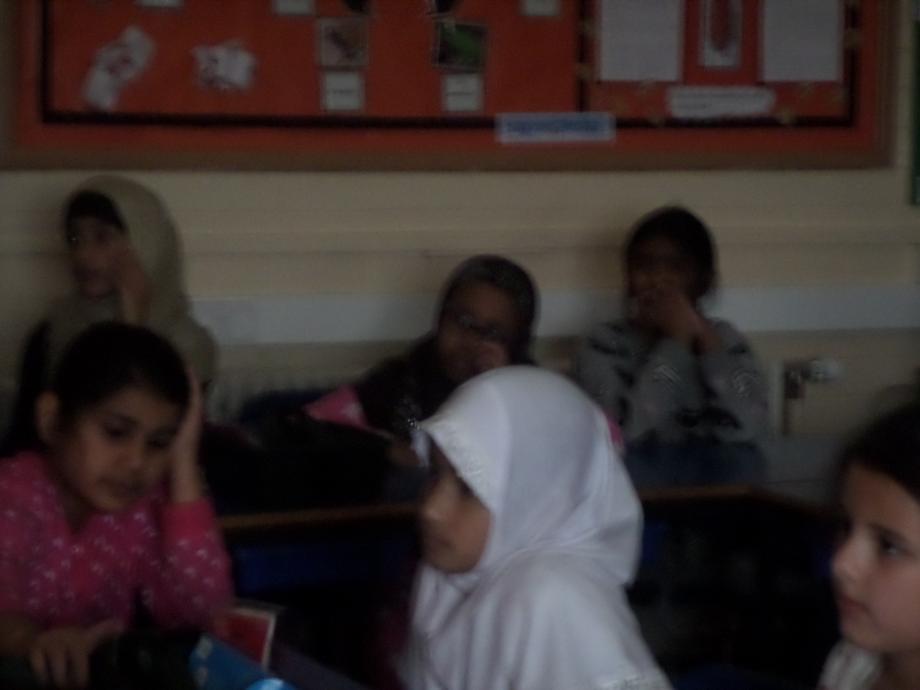 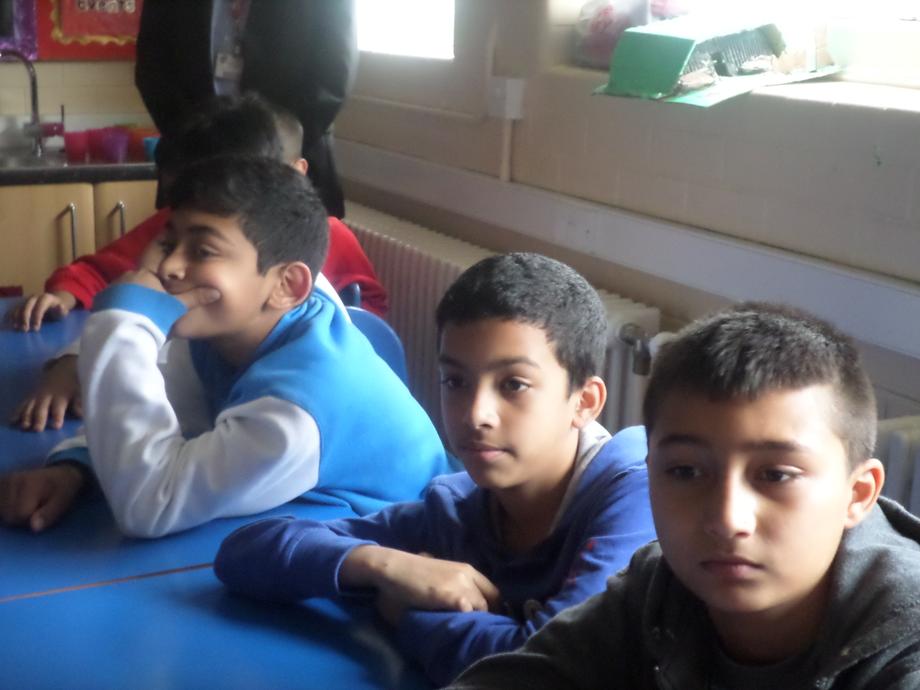 To help year 6 discoiver what careers they might want to have when they leave school, they were taken to the NEC on a very blustery and wet day. Despite there being hundreds of people at the NEC, teh children got to see a wide range of potential careers and jobs, including engineering, the arts (including DJing and music), beauty and computer programming. The children found the trip a lot of fun, and also very useful in thinking about what careers may be right for them!

As the theme for this year's children in need was heroes, many of the staff and children dressed up as people they saw as heroes. These didn't need to be superheroes however; they could be anyone who inspired or influenced them, from famous people, people with inspiring jobs, to people in their own family. During the day, the children did many activities related to the charity, including watching finding out about where the money rasied for children in need goes!

Although today was given the title of Friendship day, this week (and today in particular) has been all about anti-bullying!

Over the course of the day, 6P took part in several activities to do with being friendly and not being a bully.

In Literacy, they had to write a short playscript about being frfiendly to others, based on the short Pixar film 'For the birds'. In the afternoon, the children created a poster with complimentary adjectives and sentences about a person dear to them, while in ICT they created a friendship poster!

To raise some funds for the leavers party in the summer, some Year 6 children went to ASDA in Small Heath to help the customers pack their bags full of shopping. Accompanying them were Mrs Bibi and Miss Cancho to make sure no bags were left unpacked. The children raised a total of £153.01 - not bad for a morning's work!

To celebrate the festive period (and the end of a very long and tiring term!), the children let their hair down for the afternoon. After a delicious Christmas meal served by the wonderful kitchen staff, the children settled down for an afternoon of games, dancing and giggles (with a few prizes thrown in for good measure!).  Everyone had a thoroughly enjoyable afternoon to round off a very busy term!

The annual visit of the Life Education Caravan took place in 6F. In this 90 minute session, the children discussed and learned about different types of drugs. The children were encouraged to ask questions about drugs, for example which ones were illegal and legal, and what the effects of taking drugs can be on our health. The children discussed different names for drugs, so they can make sensible decisions if they are ever confronted with them.

To celebrate the world of music, Leigh Primary children held a music day. Each year group focused on a particular genre; year 6 looked at rock music. As part of the day, the children learned a song (Rockin' all over the world, by Status Quo) then performed it in front of the school in the afternoon - they were great! The children also had the opportunity to see other year groups perform songs from a variety of other genres. Alongside this, the children researched facts about different rock bands (as part of their weekly homework), and also did some 'Pop art' style drawings of Mick Jagger.

For World Book Day, the children came to school dressed as their favourite book character. In assembly, the children and staff participated in a word game, hosted by children's author Cat Wetherill. On stage, the teams had to make words out of the letters they were given; the children were great, but some of the staff had to cheat in order to win! In the afternoon, the children had the opportunity to spend a session with Cat, where she read an extract from one of her stories bringing it to life through the use of music and props!

For Comic Relief, the theme was to do something funny for money. As a school, all the children and staff had a ‘topsy turvy’ clothes day, where (for 50p!) everyone wore their clothes back to front, inside out or any way that would be normally seen as unusual! For a further 20p, the children could get their noses painted red. For the rest of the day, the children did some Comic Relief related activities to get them into the spirit of the day—such as taking ‘silly selfies’!

For Diversity Day, all the children at Leigh Primary did a range of activities to become aware of children who suffer from disabilities, and the obstacles they might need to overcome to get by in life. In 6P, we tried to make jam sandwiches blindfolded - this was very entertaining! The only help the children had was that of their partners, directing them!

In the small hall during the afternoon, there were a range of activities designed to make the children see life from someone else's point of view (including visual impairment, drawing with only one hand—the hand opposite to the one you usually use—plus more activities being blindfolded!).

To raise money for a local autism charity, the children were allowed to come to school in none uniform for the day, for a donation of 50p.