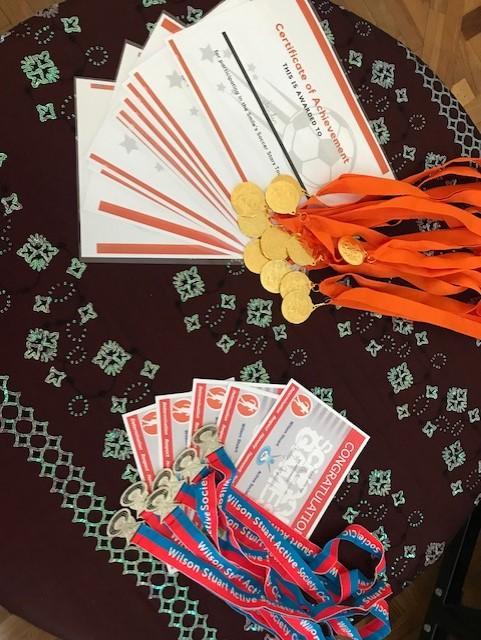 Congratulations to our Boccia and Kurling team for placing second in the Level 2 YSG Competition.  We are now through to the Level 3 Summer Festival on 12th July 2019. Exciting!!! 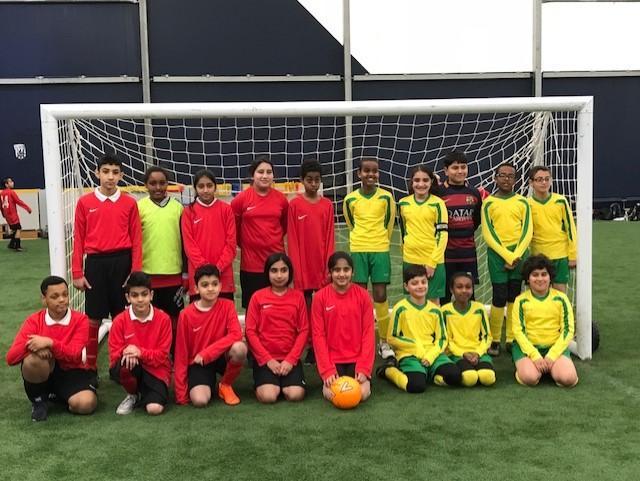 We loved seeing Wyndcliffe children, one of our other trust schools at the competition...

Both schools had a fantastic time and came away with medals for their team work and sportsmanship. 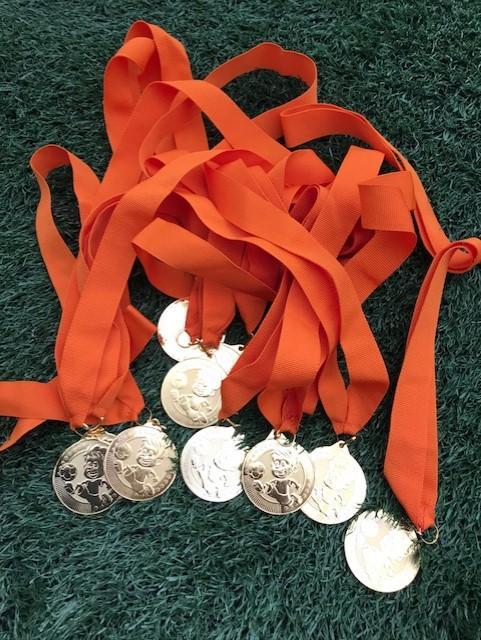 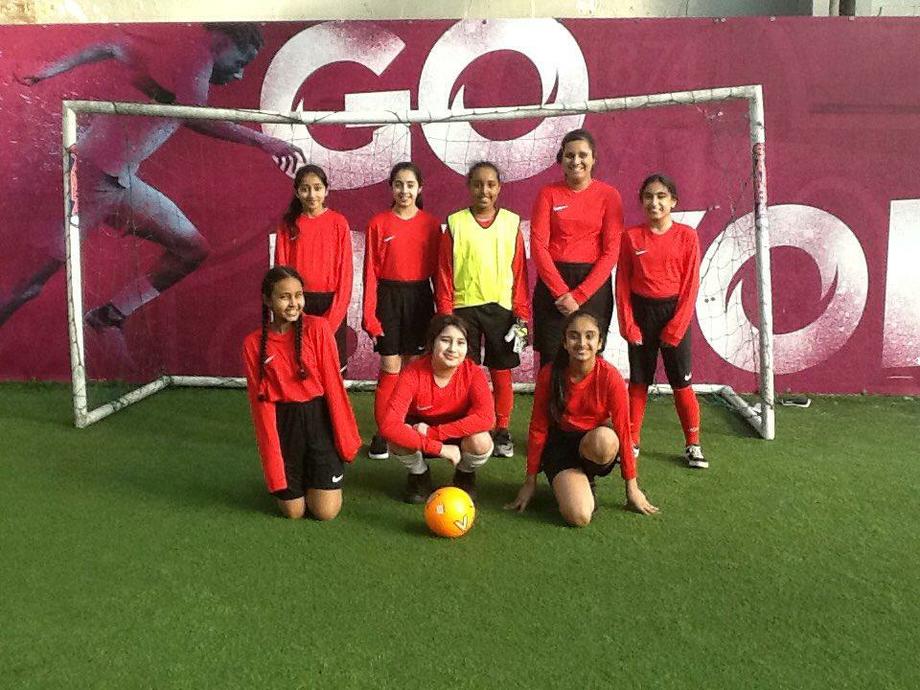 Congratulations to our Girls Football team for making it to the semi finals at the YSG Level 2 Competition...

We did it again for the second year running. Congratulations to Mrs Bull for all your hard work and effort in leading the school to achieve the Gold Your School Games Mark 2017-2018...

Congratulations to our girls netball team for participating at the Your School Games Level 3 Competition '2018.  You were all amazing and showed great determination whilst playing.  We won some games, lost some games and learnt new tactics throughout the day.

Mrs Bull was super proud of you all for representing the Clifton School Partnership- fantastic effort!!!

After successfully getting 1st place at the Level 2 Competition in January, the Leigh dancers traveled to the Birmingham Hippodrome on Monday 12th March to compete in the Level 3 Competition; this meant that they competed against the whole of Birmingham.

The judges included Shin from Key Infinity Dance Crew, Samina from the Birmingham Hippodrome and Camilla from Sasso Dance Company.

They danced their hearts out with a really powerful, emotive performance of 'Little Red Riding Hood'. The judges were wowed by what they saw, and they were awarded 2nd Place!

Well done children, I hope you wear your Silver medals with pride!

PARA Sports hall Atletics Team
Great effort from our PARA Sports hall athletics team in the Your School Games Level 2 competition on 30th January 2018.  The children had a great time and we saw lots of personal best jumps and throws...

Congratulations, to Leigh Dance Club who competed in the Level 2 School games against other schools in the consortium.  The dancers from all schools were fantastic on the day, however Leigh were outstanding and the judges scored them 94 points.  WOWSERS!!!  They have now progressed on to the Level 3 Competition and will be dancing at the Birmingham Hippodrome in March 2018...Good Luck team!!!

Super effort displayed from all our hockey players, there was some tough competition this year at the event.  Sadly it was not quite enough to get through to the Level 3 winter festival.  However, you all had great fun and represented our school the Leigh way!!!

Well done to the year 5's that participated in a wide variety of challenges during this competition.  Well done to Tyron who scored a personal best time for the one lap race,  If only our sports hall was a big as Nechells Wellbeing Centre.  Super effort carried out by all in the running, obstacle course, javelin, various jumps and throwing events.

Basketball was very popular this year and we entered two teams A and B to participate in the competition.  All teams played to the best of their ability showing many of the key school games values such as, self belief, passion and teamwork.   They were victorious in some games and lost gracefully to others.  Well done everybody - you worked your socks off!!!

A and B Basketball teams...

We did it!!! Well done to the whole school and especially to Mrs Bull and Miss Edwards for achieving the Gold Mark, for the Your School Games 2016-2017. Congratulations to the Rounders and Kurling team for their achievements at theYour School Games Summer Festival 2017, you were all fantastic sports players on the day.  Silver medals were brought back from the rounders team and with only one rounder difference between winning gold.  We also met Khalid and Gamal Yafai boxing champions and had our t-shirts signed, hearing their stories inspired us all.  The PE department are so proud of each and everyone of you.  Fantastic!!!

Lots of matches played and lots of trys scored! This was the first time that Leigh children had attended this event and the smiles on their faces said it all.  What a fantastic event put on by the team, music and laughter all around.  Credit to both the A and B teams for their effort.  It unfortunately wasn't enough to get them through to the Level 3 Summer Festival.  There is always next time...

The Leigh Gymnastics team competed in the level 3 School Games winter finals on Friday 10th February 2017, and what a fantastic day it was!

We got to watch a lot of other schools perform their routines, and tried really hard to wow the judges with our skills! The girls worked really hard, and Leigh School are so proud of you!

We also got to meet Kristian Thomas, who is a bronze medal winner for team GB in the London 2012 Olympics, he let us touch his medal and showed off some very impressive skills!

Our girls football team competed in the first ever all girls football tournament at the Villa Academy on Wednesday 1st Februay '2017.  Ten schools turned up with twelve teams altogether, Leigh was in pool B and competed against a number of different schools, winning 5 out of 5 of the matches! They played really well as a team and we had some amazing goals from Habbibah, Arooj, Hajra and Hayaat.

They finished top of the pool B league and had to play Percy Shermur (winnners of pool A) in the final. It was a nail biting game and the girls really fought for their place, but Percy Shermur scores in the last 20 seconds of the match. Meaning that Leigh finished in 2nd place for the whole tournament! What a fantastic result! Well done girls!

The Leigh Lions Dance team competed in the Level 2 School Games dance competition yesterday and wowed the judges with their dramatic portrayal of the Lion King!

They finished 1st place! Well done for all your hard work and dedication, next stop is the Hippadrome for the Level 3 winter games final!

On Monday 16th January Leigh hosted their first ever level 2 School Games competition in Gymnastics! We loved welcoming 6 schools into our facilities and accommodating a wonderful opportunity for the children of the local area.

Leigh Gymnastics team worked really hard and finished in 1st place! An amazing achievement, we are so proud of you!

Next stop is the winter School Games level 3 final!

Wow! What a great day at the SEND Athletics competition in December, the children got to experience lots of different field and track events and compete against 10 other schools. They even got to meet Paralympic star Dan Miller and asked him about his time at the Games!

Well done to the Hockey A, B and C team, who battled the cold to play outdoors! It was a fantastic day, they did us proud!

Well done to the year 5/6 Athletics team who competed in the Indoor Athletics Competition last week!

We had some great personal best scores and competed against 6 schools from the area, finishing in 4th place. A huge well done to the whole team.

Well done to our year 3/4 Football team who competed in the Level 2 School Sports Games on Monday, and finished in 3rd place! They placed so well as a team and were very supportive of other players.

Three of our children even got a shout out for how fantastic they played by the Villa Coaches, so a huge well done to:

Congratulations to our Year 6 basketball 'B team' for finishing 3rd place at their first school games level 2 competition this year.  Players from both teams showed great sportsmanship during the afternoon.

Our children met some enthusiastic coaches/referees from the City of Birmingham Basketball Club (COB) who invited our pupils to attend their fun basketball sessions at Nechells Leisure Centre on a Saturday morning to help practice their skills some more.

Leigh School is proud to announce that we have achieved the Silver School Games Mark for 2015/2016.

What is the School Games Mark?

The School Games Mark is a Government led awards scheme launched in 2012 to reward schools for their commitment to the development of competition across their school and into the community. Schools can apply for Bronze, Silver or Gold status.

Why should our school apply?

OfSTED can use the Mark award as part of their inspection framework, it is a fantastic way to show our sporting achievements for the previous year.

The School Games provide children with the opportunity to lead, manage and officiate activities.

The below PDF attached details the criteria for the school games mark.

For the first time since we have become a trust, we held our first 'Trust Sports Day' at Saltley School in July '2016.  The event was planned, managed and organised by the PE department across all three trust schools.

The weather was sunny and the day consisted of children from year 3 - 6 participating in a wide variety of track and field events.  Parents were cheering on the side line, whilst children were chanting for their school and the atmosphere was very excitable and competitive.  A scoring system was in place for children that placed first,second and third at the end of their race and some children beat their personal best.  Playmakers from Leigh School supported and lead some of the races/events and it was identified by some younger pupils, that they were inspired by their talents when performing the demonstrations.  What a fantastic day this was !!!

Congratulations to 'Alston' for achieving first place on the day, followed by Leigh and then Wyndcliffe. The scores were very close and we all can't wait to do it again next year.

What a successful year we have had participating in the School Games Partnership.  This is the second year that we have now represented Leigh School in Netball, Rounders and Handball at Level 3.

The Netball and Rounders team battled hard, competed against some fantastic schools from around the district and showed great enthusiasm and passion towards their game. Although their journey ended at the quarter finals they showed 100% sportsmanship throughout. A great big Well done to all the players that represented Leigh School !

A huge congratulations to our very successful Handball team who played 4 games and managed to reach the semi final.  Leigh then went through to the play offs for 3rd or 4th place and after a tough game and the score was very close we managed to win and was placed 3rd in the overall festival.

All our teams were spectacular on the day and were proud to represent Leigh School.

Well done everybody you made our PE department feel really proud of all your hard work and commitment.

A great start to the league!!!

Top of the league still !!!

Undefeated through the whole league, led to our High 5 stars coming FIRST PLACE! Well done, you have done Leigh proud.

League winners!
Leigh School are very proud to announce that we have achieved the Bronze School Games Mark for 2014/15.

Every year, Warwickshire Cricket Board organises an indoor cricket competition for Primary schools. Leigh School took part in it with more than 120 other schools from the county. On 17th March the final tournament of this competition was played at the Indoor Arena of Edgbaston Cricket Ground.

Leigh school won the tournament and became champions of Warwickshire Indoor Cricket for 2014.