This is the place where you can learn all about the fantastic and exciting things that we have been doing so far this year.  We have had a very busy and enjoyable beginning to the term and the children have been working hard.

From Mr Shelley and Mrs Cancho.

Year 6 were taken to Weston Park in Staffordshire (building on their World War II topic in History). The children were treated like real life evacuees, complete with tags, ID cards and gas masks as they explored Weston Park.  They were able to see real life gas masks and clothes worn from the period, as well as having an opportunity to create their own gas masks. The children reenacted an air raid as well as sitting in a real life Anderson shelter!

To celebrate Eid, the children had a party afternoon in school. They came in their party clothes, enjoyed a delicious Eid meal at lunchtime before playing a range of different party games and having a dance altogether. 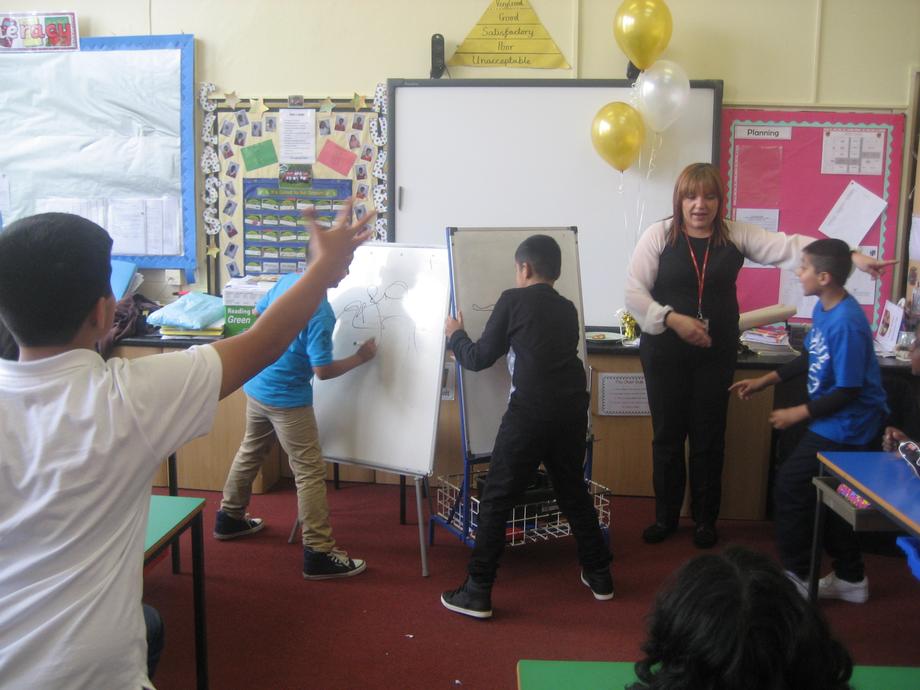 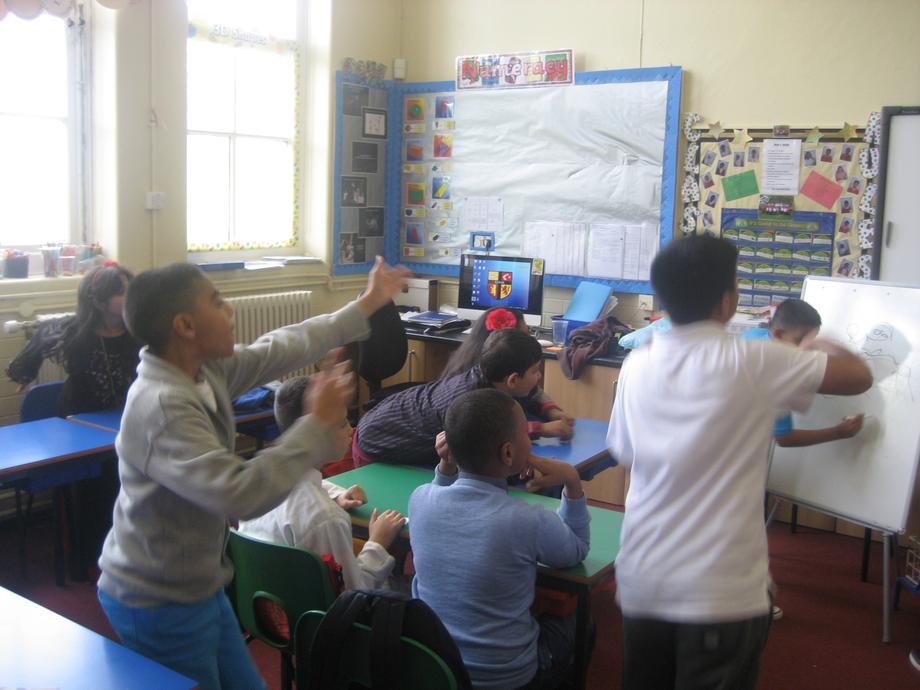 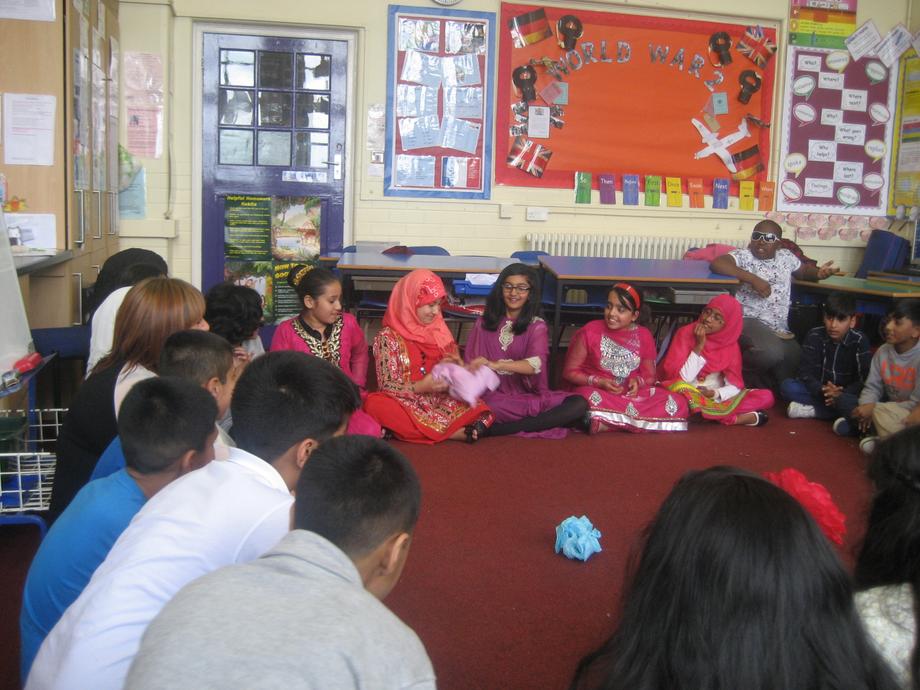 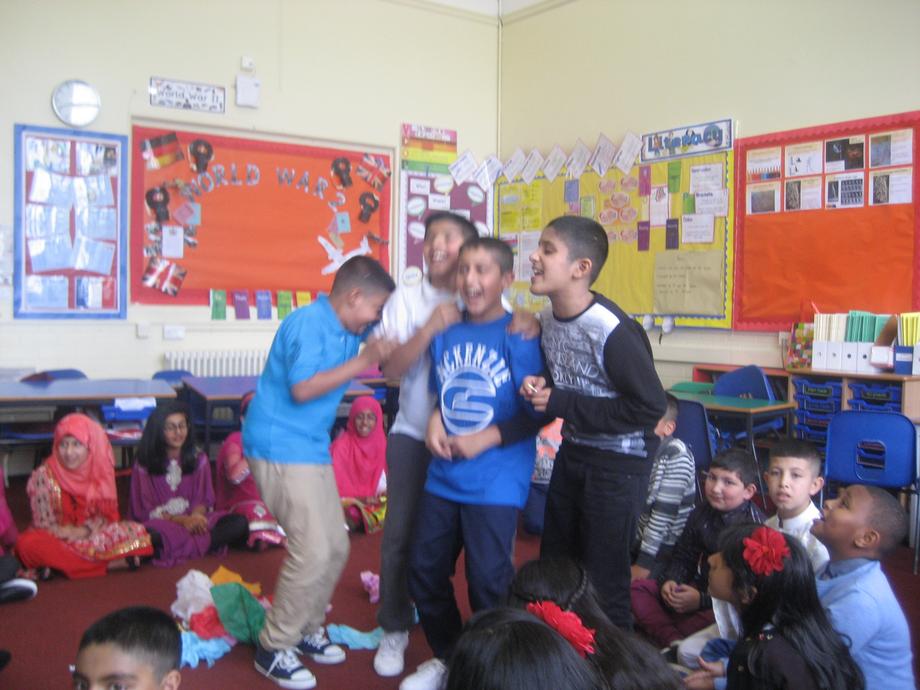 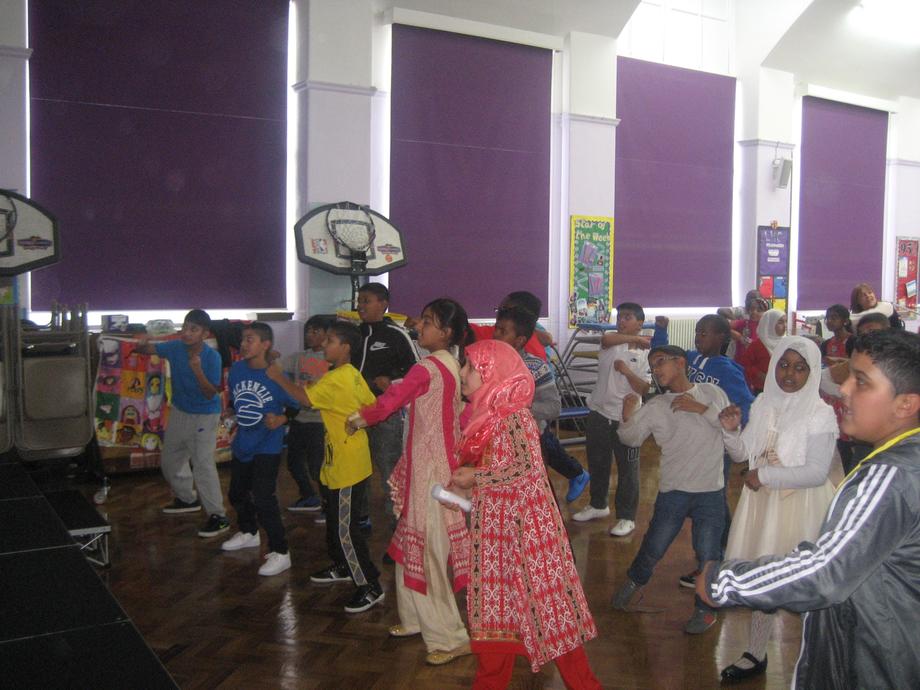 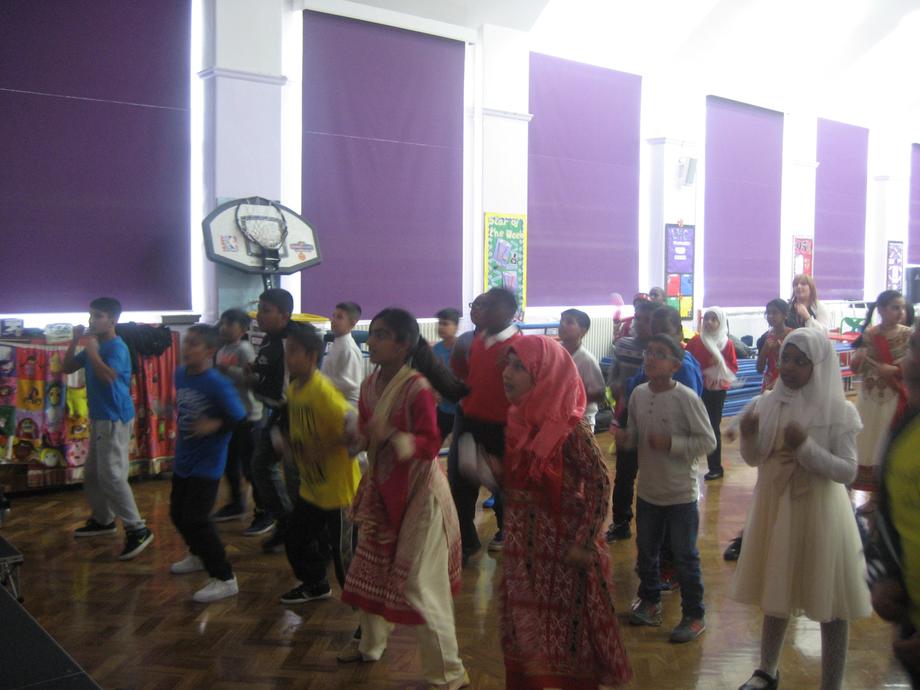 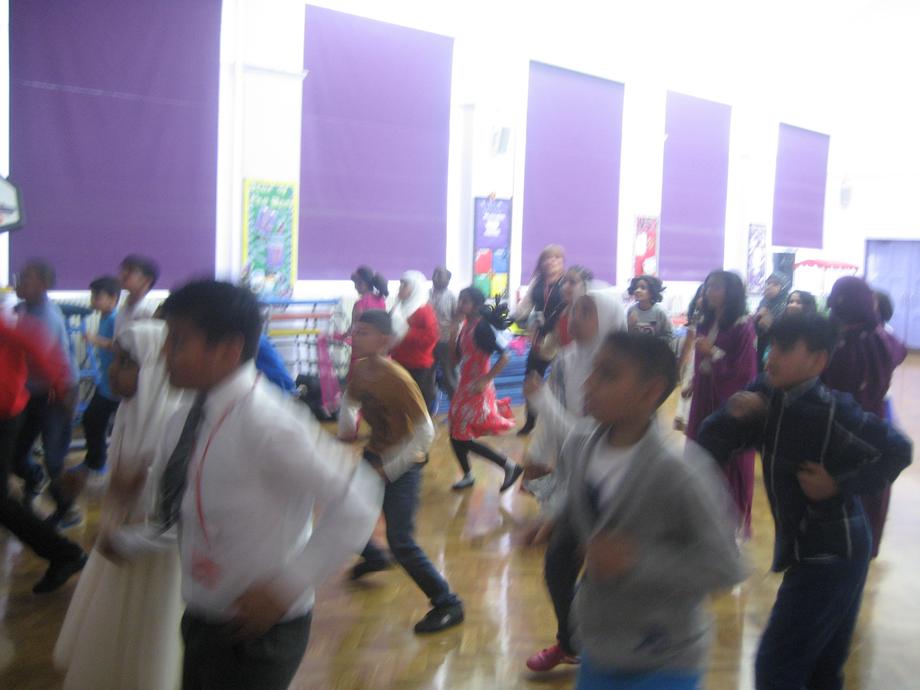 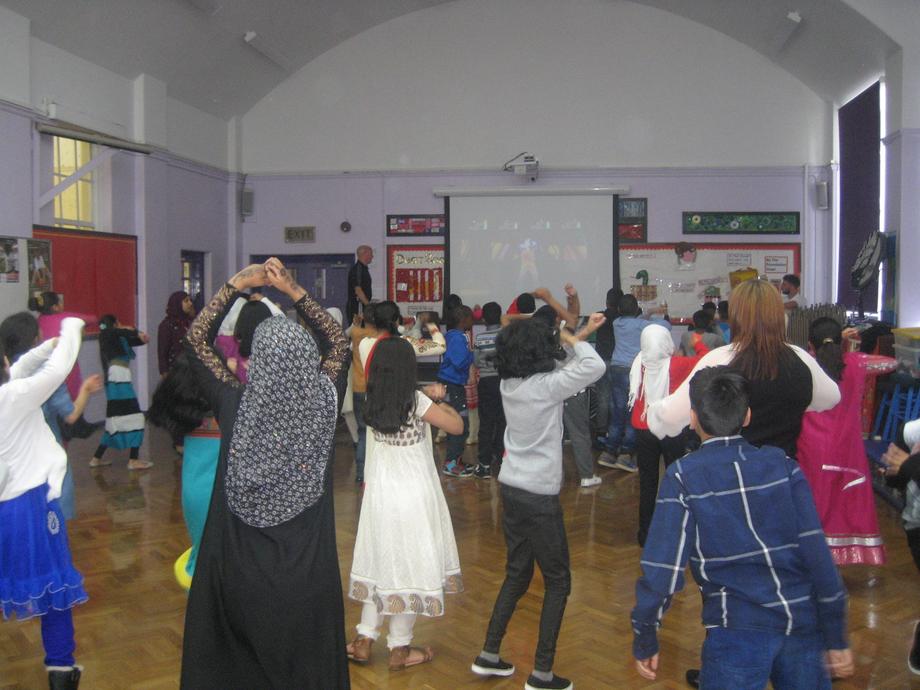 Year 6 raised money for our chosen charity, Scope.  We held a fundraising afternoon and the children came to school dressed in their own clothes (some came in pyjamas!). They could also pay to watch a movie in class during the afternoon.

After rehearsing all week, 6S performed their class assembly. They adapted CS Lewis’ famous story ‘The Lion, The Witch and The Wardrobe’!  Using a new story called ‘An Iron, The Blitz and The Leigh Family Wardrobe’ the evacuees in World War II found hope (and entertainment) by becoming transformed into members of the Leigh School staff team.  All the children performed really well and with confidence, making their teachers and their parents very proud of them!

Thinking about your future is not always easy, is it?  To help Year 6 to discover what careers they might want to pursue, they were taken to the NEC to see (and experience) a wide range of potential careers and jobs, including engineering, the arts, beauty and computer programming. It was a really enjoyable day and the children had a lot of fun exploring their dream careers.

For Children In Need Day the children dressed as heroes and superheroes to raise money for those less fortunate than ourselves.

We were part of a whole school assembly where we learned about some of the children and families who are given charity.

This week has been all about anti-bullying and seeking to invest in our friendships.

During the day, 6S took part in a range of activities which focused on friendship instead of choosing to bully people.

The children created a playscript based on 'For the birds' - a Pixar animation which highlighted bullying.  They also discussed issues and used role-play to understand different scenarios and how we should respond.  From their improved understanding, the children created posters and could explain their views more clearly.

As we plan for our leavers party in the summer, some of our Year 6 children went to ASDA in Small Heath to help customers with packing their shopping bags.  The children raised a grand total of £153.01 which has helped them to value (and contribute to) the cost of parties.

It's that time of year again!  The children are celebrating the closing of a fantastic 2014 as well as learning about the importance of Christmas for Christians and many people across the UK and throughout the world!  With hope and joy we look forward to the new year ahead and so the children played a range of party games (winning prizes and sometimes forfeits).  We listened to music, danced and ate a delicious Christmas meal served by our amazing cooks! 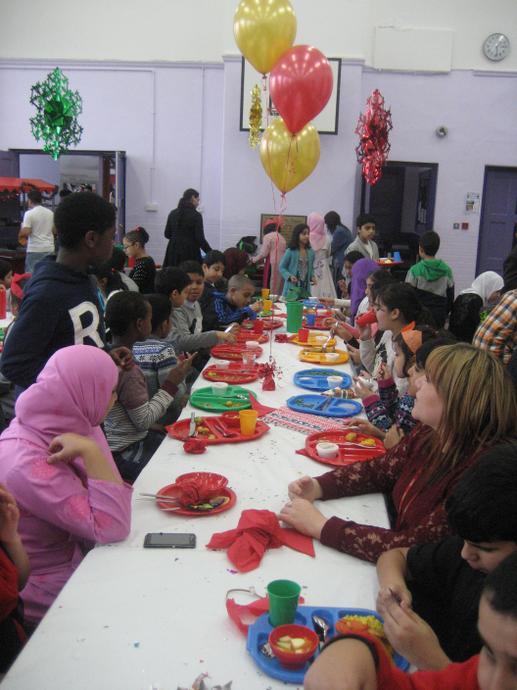 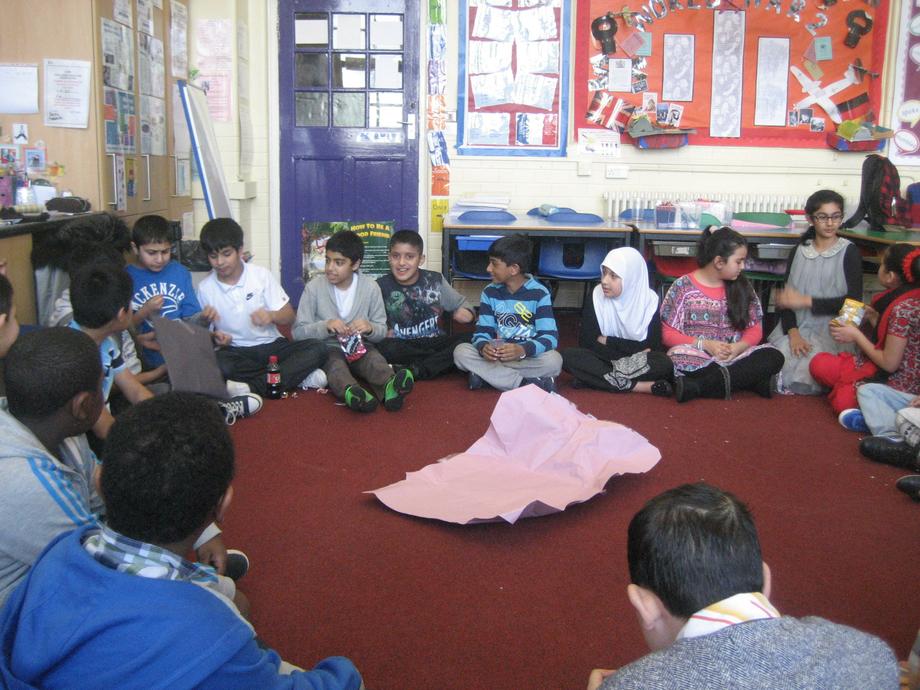 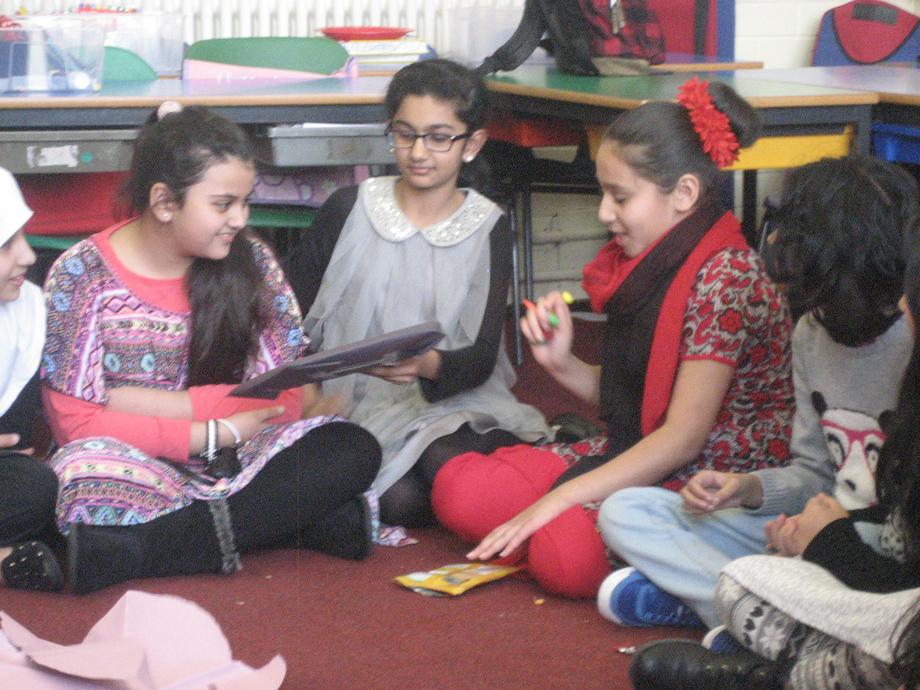 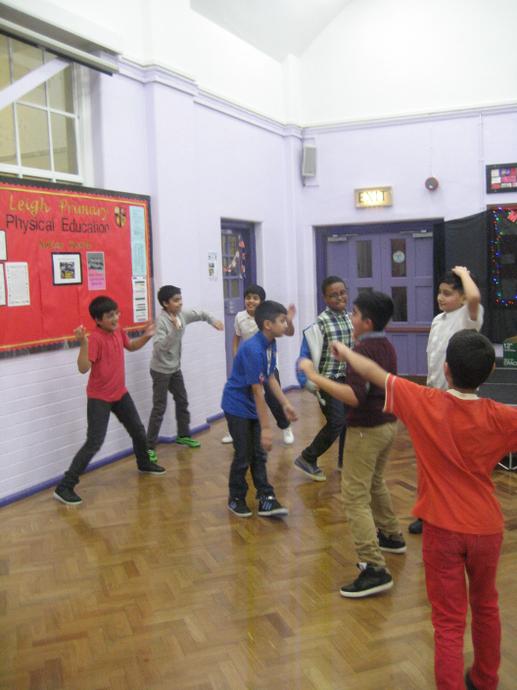 During the 90 minute session, the children learned about different types of drugs and discussed their views.  They had the opportunities to find out about some of the differences between illegal and legal drugs as well as how to make sensible decisions in the future.  The Life Education Caravan visits once a year and this provided a good experience for the children.  Why not find out more about The Life Education Caravan and their services?

As part of our on-going celebration of music, musicians and composers from around the world, Leigh Primary children held a music day.  Each year group focused on a particular genre and year 6 looked at rock music. In the afternoon there were performances from across the school and so Year 6 learned a song by Status Quo called 'Rockin' all over the world'.  As well as this they researched facts about different rock bands such as The Rolling Stones.

As part of a long tradition, children in schools across the UK, including our very own Leigh Children, took part in World Book Day - a celebration of reading, drama, poetry and much more!  The children came to school dressed as their favourite book characters.  A children's author named Cat Wetherill led our assembly and delivered workshops for different classes throughout the day!  The children also wrote a playscript based on E.Nesbit's, 'Five Children and It' as well as taking part in a range of other activities. 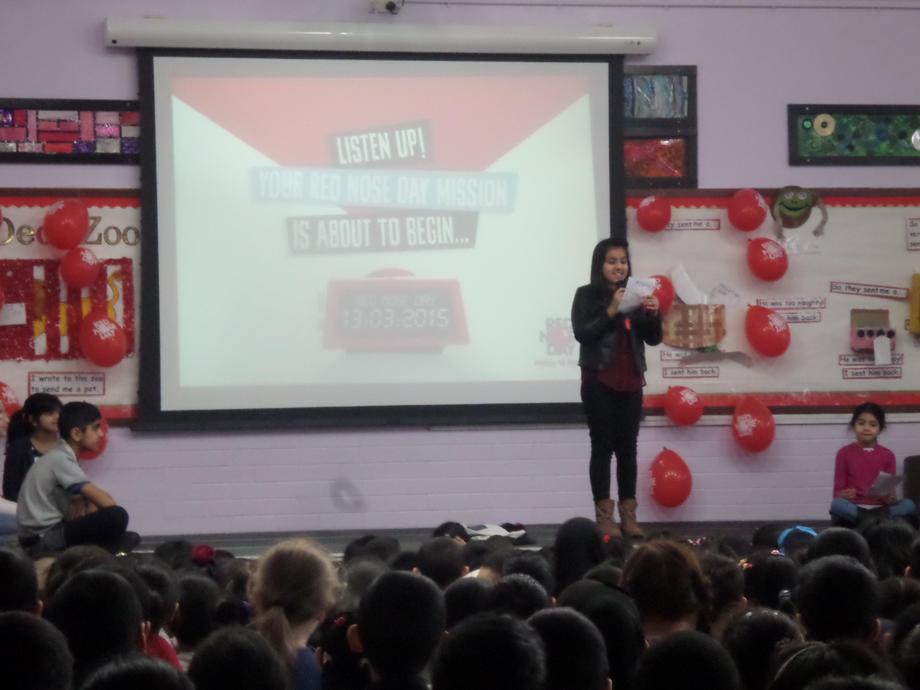 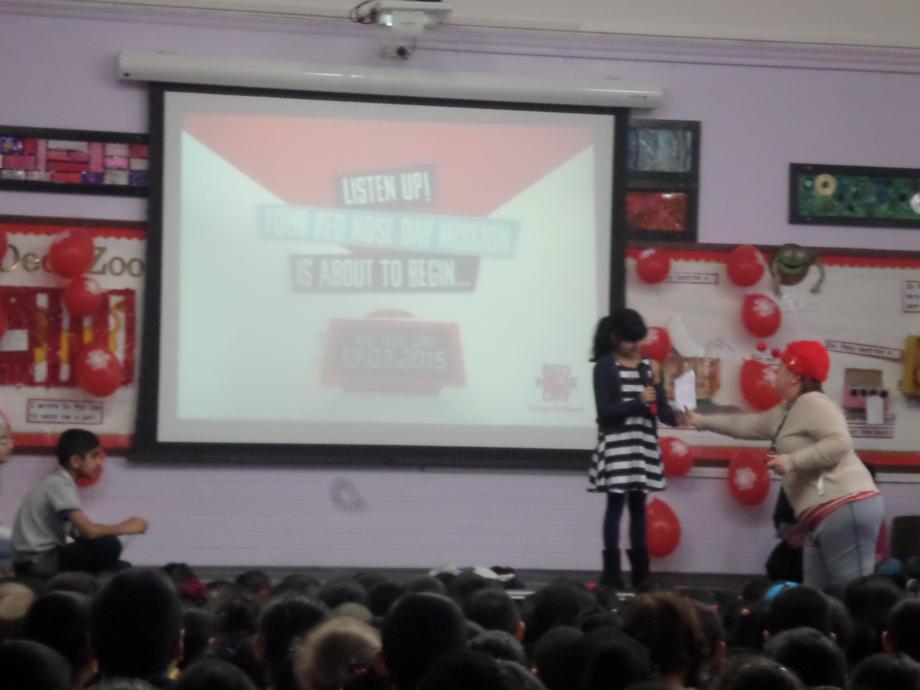 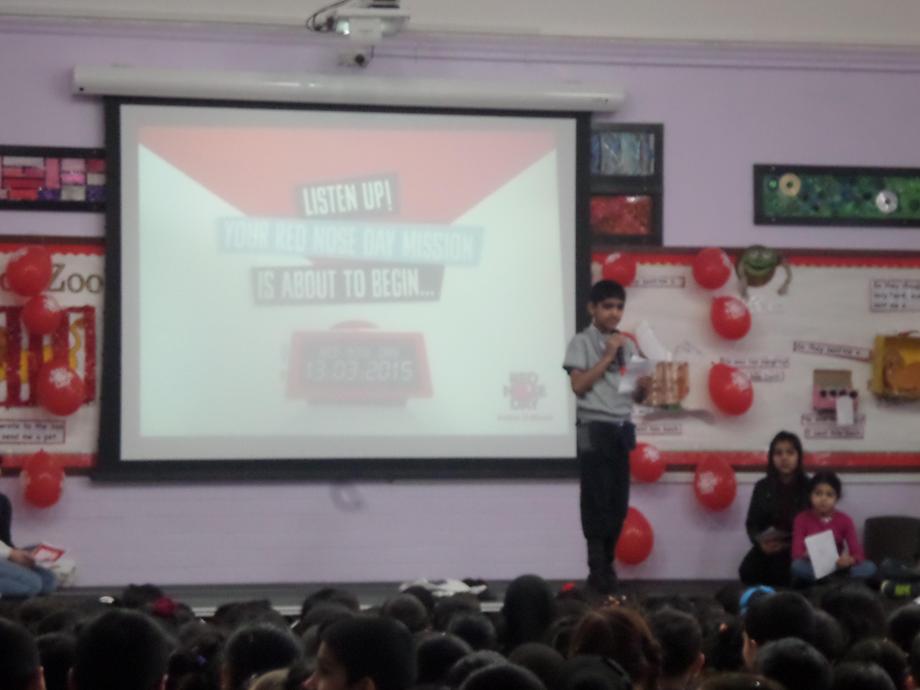