Keep checking back to see what exciting things Year 6 are getting up to this year!

To kick-off our Cornerstones topic on 'Children during wartime', Year 6 took a visit to Weston Park in Staffordshire. At the centre, the children were treated like evacuees: they had to carry gas masks, ID cards, ration books and attach tags with their names onto their clothing.

Other activities during the day included making their own gas masks, wearing 1940s clothing, sitting in Anderson and Morrison shelters, participating in a practice air raid and experiencing what a 1940s living would have looked like - hoe could they survive without TV?

The children had a fantastic day and found out lots of useful information that will not only support their English and topic work, but also their homework projects to accompany the topic!

Today for Maths Day, Year 6 solved a series problems involving the use of Numicon blocks. They worked in small groups to solve different puzzles that began as being quite simple, but progressed to providing more of a challenge. There were some tired brains by the end of the day!

For their class assembly, 6P enjoyed performing it about Eid. Not only was the assembly full of facts about Eid and its importance to Muslims across the world, it also contained a Nasheed, dancing and an interview with Mrs Patel and Mrs Yasmeen who both went to Hajj this year. The children performed with confidence and enthusiasm - we had lots of fun performing it!

For today's Maths lesson, the children used their reasoning skills and mathematical vocabulary to explain some simple (yet challenging!) problems. They covered a range of questions involving algebra, number puzzles and basic skills, all requiring them to reason verbally and by writing their responses on their whiteboards. The children articulated their thoughts well - some even better than the teachers!

This year's prefects, head boy and head girl were presented to the school in this morning's assembly. Miss Bailey explained the reasons for each child being chosen, from them writing their application and stating their qualities for the role, to going through the (long!) list of roles each of the children will undertake. There were a lot of worthy applicants for all the roles, so it was a difficult choice to decide who should get them. Both the head boy and head girl read out their applications, both of which were very detailed and passionate about their new roles. They will all do a fantastic job this year!

The focus for today's Science Day was irreversible reactions! After learning about different irreversible reactions, the children then got stuck into some practical work where they observed what new materials are made by mixing different things together. This included mixing bicarbonate of soda and vinegar together in bottle. The children placed a balloon on top to see whether this reaction would create carbon dioxide. The children also mixed water and flour together to see how this created dough - they were also expected to be able to explain their observations and use their existing scientific understanding to do this clearly. The children really enjoyed the day and found their results interesting!

To round off their project on World War II, Year 6 children designed and built models of Anderson shelters out of corrugated cardboard. In small groups, they worked together to design their shelters, complete with extra details (such as a cabbage patch, washing line, pond, garden fence to name but a few!). Although building them was tricky, the final outcome looked great, especially once a bit of paint had been added. The models looked very realistic and the children had a great time building them!

Year 6 held a charity day to raise money for the charity Scope, which supports disabled people of all ages and with all disabilities. To help raise finds, each child brought in £3 to wear their own clothes to school, as well as having a movie morning with popcorn (lots of it!) and juice. To help raise more money, staff and parents were also asked to contribute as much as they could before and after school - thank you to all those who have contributed to this very worthy cause. The total raised will be posted here soon, so watch this space! 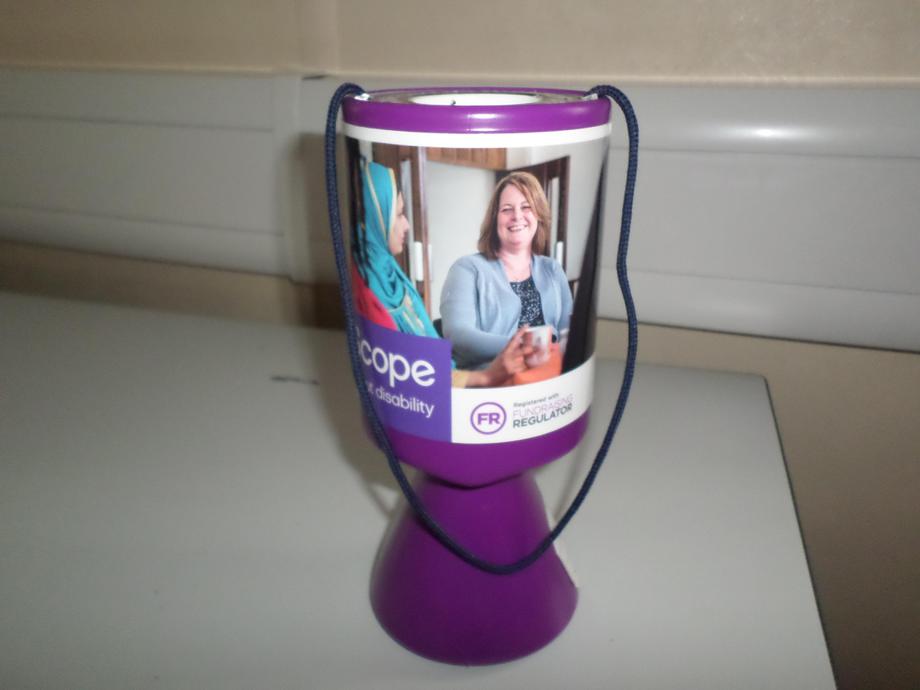 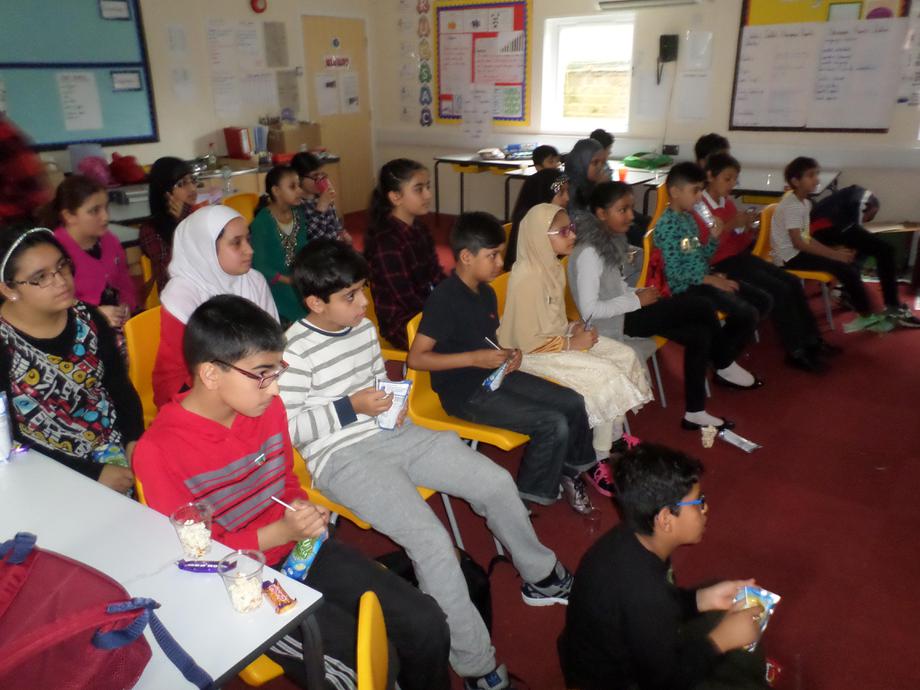 As part of our healthy schools initiative , we have been tracking the different ways children have been coming to school. The children who have managed to avoid using the car for this half term have been rewarded by receiving a special badge (see picture). Let's see if more children can achieve it after half term!

Today, Year 6 parents were invited into school to take part in an INSPIRE workshop looking at Maths in Year 6.  Together, we looked at the expectations from the National Curriculum for calculating questions involving the four rules, including the formal written methods specified.

The parents were given an opportunity to look at some (and try out!) some of the arithmetic and reasoning problems from the summer's SATs (from May 2017), so they could see what the children have to attempt in their exams. The purpose of the workshop was to equip parents with the tools to help their children at home in maths, to support them not only in their fluency but also in their ability to reason and problem solve with confidence and accuracy. The session was well received and everyone participated fully - many thanks to those parents that attended!

The children in Year 6 finally got round to having their session in the Winter Wonderland after the recent bad weather had postponed it. Once inside, the children had their photographs taken with the snow machine creating the effect of it snowing (if only we could have done it in the real snow!). The children also had the opportunity to toast and devour marshmallows and decorate a Christmas tree. They had a great time!

After a long, tiring half term, what better way to bring it to a close than our annual Christmas meal and party! The children spent the morning getting into a festive mood by creating their Christmas cards (while listening to a few Christmas songs in the process!). In the afternoon, the children had their Christmas lunch, followed by an afternoon of dancing, laughing and party games. The children looked very smart in their party clothes and enjoyed having the chance to let their hair down!

To begin our new Cornerstones topic on 'Frozen Kingdom' Year 6 looked at how icebergs are formed and how they react in oceans. After looking at them, touching and picking them up (some of us realising this would give us very cold hands!), we investigated how icebergs are affected by changes in temperature and being put in salt water. The children also looked at the structure of an iceberg and the part we can see is quite literally the 'tip of the iceberg!' 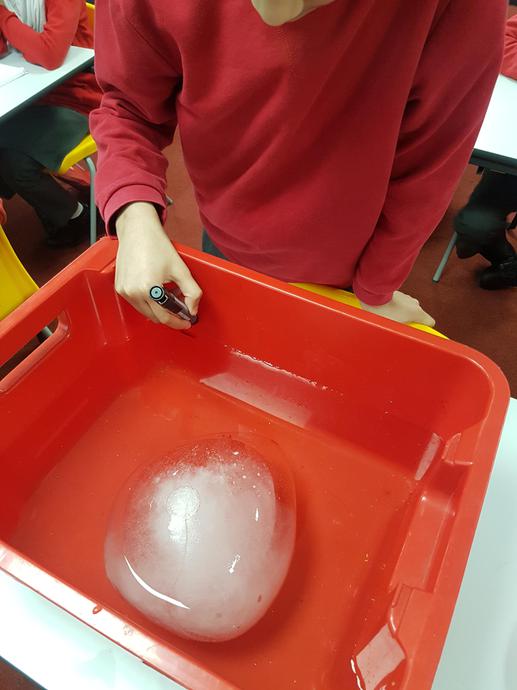 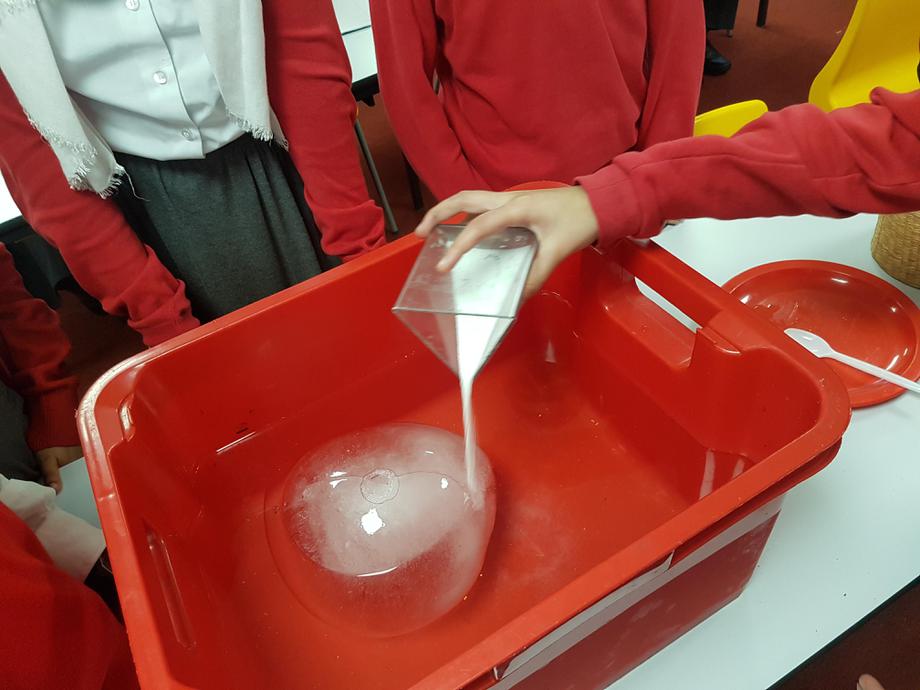 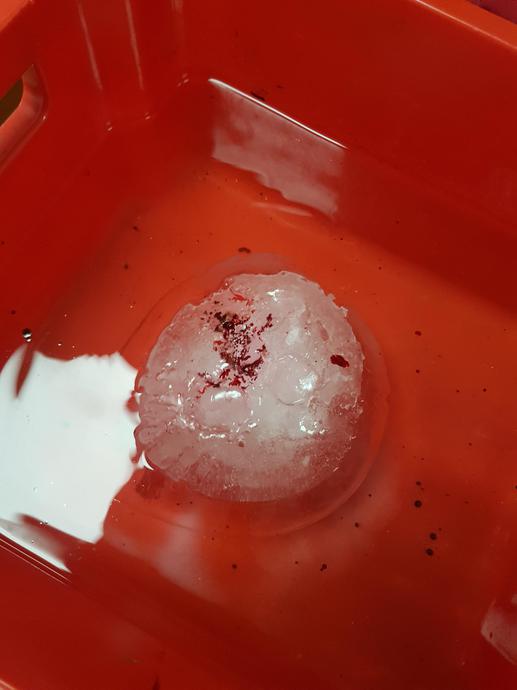 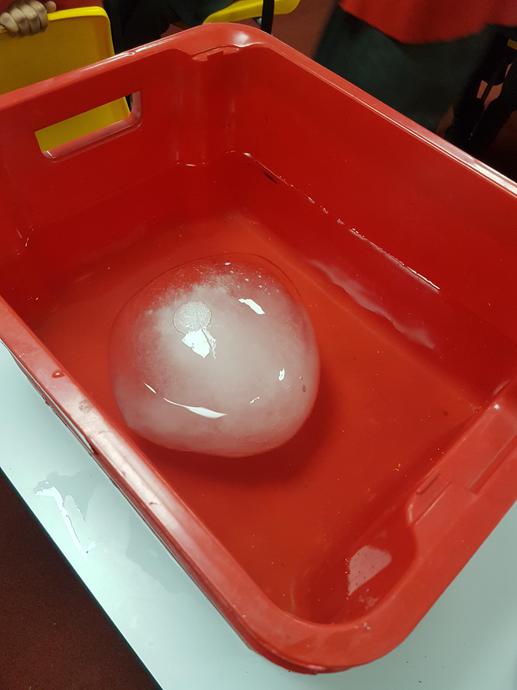 Similarities and differences between Antarctica and the Arctic

As part of our current Cornerstones topic on 'Frozen Kingdom', the children today researched the main similarities and differences between the earth's two poles - the Arctic and Antarctica. After searching for information around the room, the children worked in teams to put together a short presentation about the things they had found out.

For the rest of the week, the children will use this information to create a report on the differences and similarities between the two locations and see how different they really are!

To continue with our theme on 'Frozen Kingdom' the children looked at polar food chains in Science. Although there isn't as much wildlife in these regions as there is here, there is more than you think! With larger animals like polar bears, penguins and whales lurking about, there are a surprising number of food chains to ensure these animals survive.

The children enjoyed researching them and even got to make their own paper food chains for display. The most surprising thing the children discovered was that there a re plants in these remote areas - you can't have a food chain without a producer!